Summer may inspire dreams of the sea and sand of the coast, but not everyone longs for a lazy day of staring at the horizon and getting sand out of their shoes. For many, the lake offers everything that the seaside does, with a certain class and culture to boot. Europe is full of gorgeous lakes, and we’ve picked out seven (well, 25 technically) to make a beeline for in summer 2018.

Slovenia is a remarkably beautiful country, and Lake Bled routinely acts as the poster boy for that fact, to the point where it almost ticks too many boxes when it comes to picturesque locations. A stunning body of water rings around an idyllic island, complete with an iconic church at its heart. If this wasn’t enough the Alps provide a dramatic backdrop to the scene, and Bled Castle stands ominously on a hill above the lake. If you gave an admittedly prodigious child a blank piece of paper and some crayons and told them to draw a beautiful lake scene, this is what you would get. 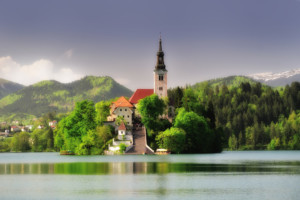 Wax lyrical about Bled to locals and experts however, and you’ll likely draw the response ‘I prefer Bohinj’. Bled’s big brother to the north is situated within Triglav National Park, and in some ways it is everything that its more popular sibling isnt. Bled is well contained, while Bohinj spreads wide and long. Bled attracts huge crowds, but Bohinj is tranquility at its best. The two major Slovene lakes offer a little bit of something for everyone. 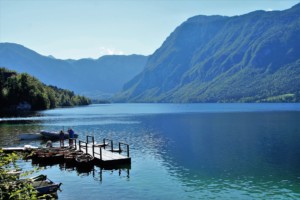 Lake Zurich is one of the undoubted highlights of the city, and no visit to Switzerland’s largest city is complete without a magical stroll along the shore. Peacefulness sits side by side with the hustle and bustle of city life, the latter of which can easily become distant noise simply by renting a boat and heading out into the heart of lake. If hustle and bustle is your thing, simply rock up at one of the lakeside bars and restaurants and settle in.

Lucerne is an exceptional place, and its eponymous lake may well be the most convincing argument in favour of that. The lake acts as the key to opening a vast array of Alpine beauties, and its labyrinthine shape means new views are always revealing themselves, even to experienced visitors. 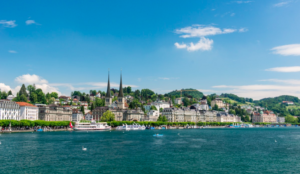 Poznań holds a special place in the heart of most Poles, and its exceptional lakes are just one of the reasons why. Lake Malta is arguably its best known, a man-made delight created in 1952 with the damming of the Cybina. This is one of the most popular recreational spots in the area, no matter what time of year. 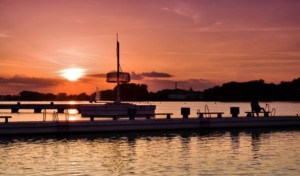 Lake Rusałka is the brazen beauty to Malta’s intrigue, and it doesn’t take long for the artificial wonder to slam its cards on the table. Slightly smaller than Lake Malta, Rusałka is favoured by walkers, hikers, fisherman and all other types of nature fiends, and its organic beauty is difficult to match. 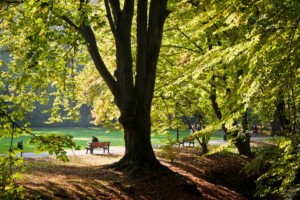 Croatia has well and truly arrived at the top table of European tourism, its magnificent coastline attracting more and more people with every passing year. Its premier national park is finally getting the plaudits it deserves as a result, and the conveyor belt of beauty that is the Plitvice Lakes finds itself front and centre of the nation’s touristic future. A UNESCO World Heritage site, Plitvice is defined by 16 lakes that are joined together by a run of waterfalls, eventually extending into a limestone canyon. It is every bit as stunning as you assume. 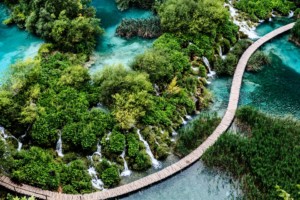 Situated high in the Făgăraș Mountains in Central Romania, the Transfagarasan Highway even drew praise from the notoriously—awful Jeremy Clarkson, who referred to it as ‘every great corner from every great race track lined up one after the other’. Lake Bâlea is the prize at the end of that unforgettable journey, a glacier lake that the great Jean-Claude Van Damme described as ‘so beautiful’. If its good enough for Van Damme, its good enough for you. 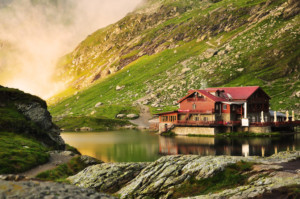 Just outside the Georgian capital of Tbilisi is the splendid Turtle Lake, so-named because of the abundance of turtles living in and around it. A favourite weekend spot for the locals, the lake is as much fun to swim in as it is to lazily sit next to, and its location high above the city makes for some gorgeous vistas. 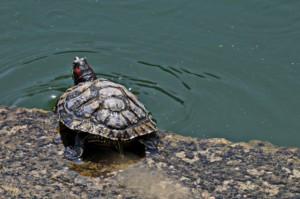 Known informally as the ‘Belgrade Sea’, Ada Ciganlija is the Serbian capital’s capital during the middle months of the year. A hub of activity throughout the summer, you are just as likely to see adrenaline junkies windsurfing on the water as you are frustratingly stylish youths partying on its shore. There is peace too, although that peace might as well be delayed in favour of an afternoon in the city’s best beer garden. 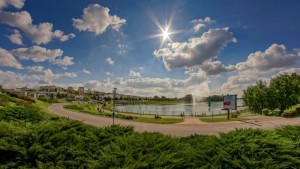