Sushi on the menu in Braamfontein, fine dining and tapas at Four Seasons Johannesburg, gourmet burgers in Greenside, an historic downtown pub moves to a new location and a new gin bar launches in Linden. Look out on our site for new full reviews coming soon.

There’s something almost tropical about The Bannister Hotel’s bar, with it’s abundant potted palms, whirring ceiling fans and a fresh breeze wafting in through the wide open windows overlooking a fashionable section of Braamfontein’s De Beer Street. Adding to this lazy afternoon atmosphere is The Bannister’s new sushi bar, which fills a long empty gap in Braamfontein’s dining scene for a venue serving lighter, meat-free meals.

On the new sushi menu choose from classic fashion sandwiches, California rolls, nigiri and maki or try one of the chef’s specials such as tempura prawn rolls, fried salmon sushi or spicy salmon bean curd. There is also a choice of four generous sushi boxes or if you arrive in a big group order the 62 piece Millionaries Platter.
The Bannister Hotel, 9 De Beer St, Braamfontein, tel. +27 11 403 6888 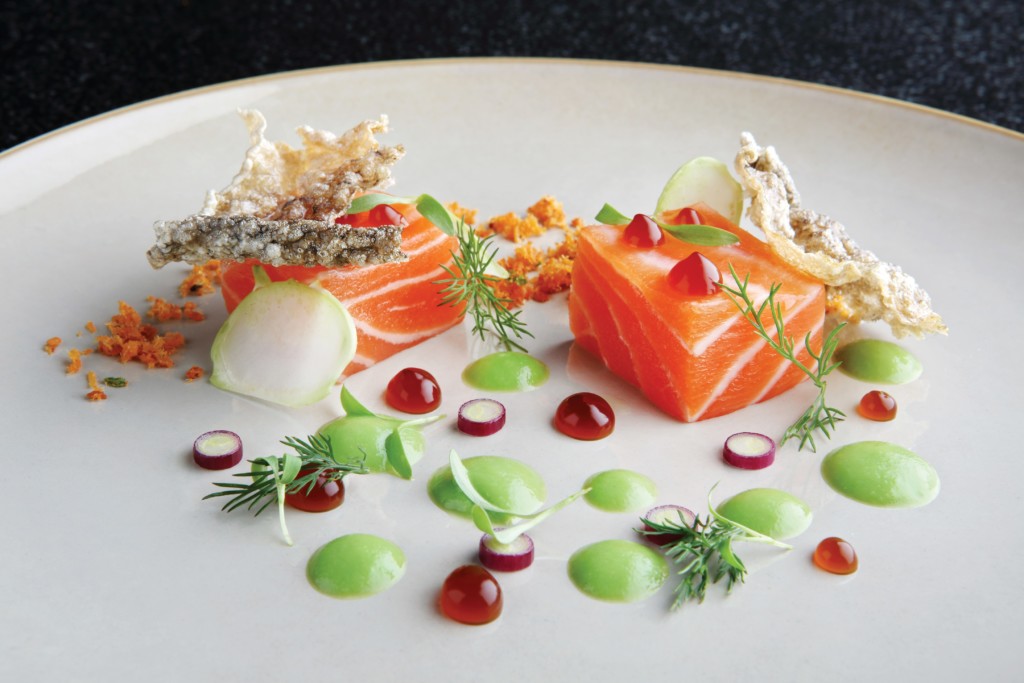 The spectacular View restaurant at Four Seasons Hotel, The Westcliff Johannesburg, formerly a reservations-only fine dining establishment (which meant few people had an opportunity to visit what was once a popular bar in the hotel’s previous incarnation) has a sexy new menu (and the chef is pretty cute too). The new chef Farrel Hirsch and his army of kitchen people now are at the helm of two restaurants in the same venue, Preview, a bar and tapas hotspot and View for fine dining. The cuisine is Asian-inspired, with lots of fresh and robust flavours. And neighborhood denizens will love the fact that there are no bookings required for Preview. Just drop by.

Craft gin at Tonic in Linden

Promising one of the best selections of craft gins in Joburg, Linden’s new gin bar Tonic has opened its doors as a neighbour to the popular French restaurant A La Bouffe. Interesting local gins showcased on the cocktail menu include Six Dogs Distillery, Geometric Drinks, Step Five Spirits and the excellent Cruxland Gin which is made with Kalahari truffles.
Tonic, 32 7th Street, Linden, tel. +27 87 238 4623