One of the biggest blockbusters of the year Blade Runner 2049, starring Ryan Gosling and Harrison Ford and produced by Ridley Scott, has been described as “the most spectacular, profound blockbuster of our time” (Robbie Collin, The Telegraph) and “both visually stunning and philosophically profound” (Mark Kermode, The Guardian).

Ridley Scott’s original 1982 Blade Runner film also returns to the big screen this month as part of independent cinema The Bioscope’s Classic Movie Club series. Watch Ridley Scott’s iconic film in the comfort of the cinema or book for one of The Bioscope’s two special open-air rooftop screenings on the top of the Main Street Life building in Maboneng (The Bioscope is located on the ground floor). Find out more here.

So Chef! is an annual celebration of French culinary culture organised with the help of IFAS (Institut Français d’Afrique du Sud) and the Alliance Francaise. The week long festival includes workshops and cooking demonstrations in schools and universities across South Africa, as well as a French Market and a series of culinary movie nights.

Showing at The Johannesburg Culinary and Pastry School
Thu Oct 12 at 19:00

Starring award-winning French actress Catherine Frot, Haute Cuisine is an upbeat comedy-drama based on the true story of a mother of four, who became the first woman to be appointed as the private chef to president Francois Mitterrand at the Élysée Palace. The menu for the evening has been inspired by the film and the chefs promise that guests will get to eat the same dishes seen on screen in real time as they feature in the film.  Find out more here.

Head to The Bioscope for a movie and wine pairing evening with the French father-son road trip comedy Saint Armour starring Gérard Depardieu. When a father-and-son team of cattle farmers attend an agricultural trade fair in Paris, the son’s excessive drinking spurs his father to take him on a road trip through the real wine country. The wine menu for the evening has been inspired by the film and guests get to taste the same wines seen on screen in real time as they feature in the film (the wine is included in the ticket price). Find out more here.

2012 documentary film Material Success follows the misadventures and victories of eccentric designer Bruno Ierullo who, after a personal tragedy, risks his life savings to put together his first ever fashion show. Documenting the events of the month leading up to the runway show, this heartwarming film explores Ierullo’s ideologies and the motivations that inspired both his designs and his new life. Find out more here.

CANALETTO AND THE ART OF VENICE

An amazing opportunity to experience some of the finest treasures of Venetian art history in Ultra HD 4k. Exhibition On Screen launches its fifth season at Cinema Nouveau with Canaletto & the Art of Venice, an immersive journey into the life and art of Venice’s famous view-painter. Guided by Royal Collection Trust curators and the world’s leading experts in Venetian history, the film takes viewers on a Grand Tour of Canaletto’s Venice, visiting the iconic landmarks that inspired his work and also steps inside two official British royal residences – Buckingham Palace and Windsor Castle – to learn more about the artist, and his wealthy patron the British merchant Joseph Smith. Find out more here.

Hot on the heels of Pearl Jam’s legendary sold out performances at the Chicago Cubs home ground Wrigley Field in August 2016, the band is releasing a new documentary film, Let’s Play Two, which is being screened in South Africa for one night only courtesy of Ster-Kinekor. An uplifting mix of music and sport, the documentary film showcases the journey that Pearl Jam and Cubs fans have been along, that eventually culminated in Pearl Jam performing one of the most epic stadium gigs in American history at the exact point that the Chicago Cubs ended a 108 year spell without a World Series trophy. Find out more here.

FOKOFPOLISIEKAR: FORGIVE THEM FOR THEY KNOW NOT WHAT THEY DO

Celebrating the release of Afrikaans punk rock band Fokofpolisiekar’s newest album in over 10 years, The Bioscope brings the award-winning documentary Fokofpolisiekar: Forgive Them For They Know Not What They Do back to the big screen. The rockumentary follows the band over the space of four years as they challenge the stigmas and expectations of their Afrikaner heritage and change how they are perceived by the media. Band members Francois van Coke and Wynand Myburgh will be at The Bioscope for a special screening on Saturday October 14 at 16:00. Find out more here.

Dutch violinist André Rieu is known for his energetic and spell-binding live performances and is now regarded as the leading pop classical artist in the world having amassed over 40 million album and DVD sales worldwide. Rieus’s annual Maastricht concert, set against the back-drop of the elegant medieval town square and featuring his famous 60-piece Johann Strauss Orchestra, sopranos, tenors and special guests, holds the record as the biggest classical music performance in the world and this year marks Rieus and the Johann Strauss Orchestra’s 30th anniversary. Watch the whole spectacle live and in HD at Ster-Kinekor Cinema Nouveau in Rosebank on Oct 21 and 22. Find out more here.

BALLET ON THE BIG SCREEN

BOLSHOI BALLET LIVE IN HD – THE TAMING OF THE SHREW 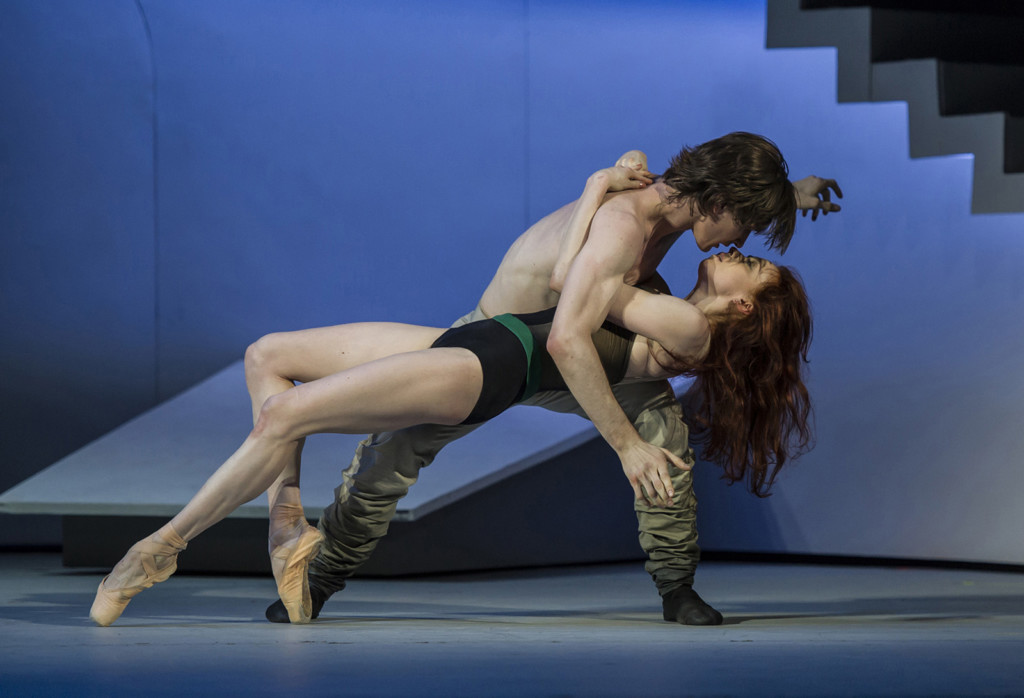 Moscow’s Bolshoi Ballet returns to the big screen in HD at Ster-Kinekor Cinema Nouveau in Rosebank Mall, kicking off a new season of ballet on the big screen with a performance of Shakespeare’s The Taming of the Shrew, choreographed by acclaimed French choreographer Jean-Christophe Maillot. The mesmerising Ekaterina Krysanova plays the role of Katharina and the hypnotic Vladislav Lantratov plays the swaggering Petruchio who seeks to win her over. The pair clash and challenge each other in a vibrant and fresh performance filled with fast-paced athleticism. Find out more here.