This month Goliath Comedy Club opens at The Bannister in Braamfontein, a new Cuban restaurant comes to Craighall, the quirky 27 Boxes gets a makeover, Curry n All arrives in downtown Joburg and a new rooftop pop up bar Upstairs at Mesh is coming to Keyes Art Mile. Look out on our website for new full reviews coming soon.

Local comedians Goliath and Goliath, are known as much for their self-deprecating stand-up as for their talent for organising comedy nights. Their latest adventure is a new regular comedy club in the basement of The Bannister Hotel in Braamfontein. The Goliath Comedy Club at The Bannister kicks off its new downtown offering with a comedy gala opening night on Saturday October 28 with shows at 15:00, 17:00 and 20:00 and will be open thereafter Thursdays through Saturdays.
9 De Beer St, Braamfontein, tel. +27 11 403 6888

Upstairs at Mesh pops up in Rosebank

A slick new pop up rooftop bar is due to open in Keyes Art Mile, just in time for November’s edition of First Thursdays. The new Upstairs at Mesh pop up bar, run by the same team from Mesh Club’s 4PM at Mesh cocktail bar one floor below, promises stunning views over Joburg’s treed suburbs, some of the city’s best cocktails and an ever-changing gallery of edgy contemporary South African artworks on the walls. Bookings are essential for the opening night at this sexy new Rosebank hotspot.
21 Keyes Ave, Rosebank, tel. +27 10 594 5545

27 Boxes gets a makeover

Opened in 2015, Melville’s quirky 27 Boxes centre offers some of Joburg’s best owner-run fashion and gift shops promoting interesting local labels, as well as a cool steampunk-inspired restaurant The Countess. In 2017 an ambitious new project was set in motion to brighten up the centre, which is built entirely from shipping containers, and transform it into a family-friendly hub for the neighbourhood. The finishing touches are now in place and within the coming weeks 27 Boxes’s new children’s play area, complete with castles to climb and sandpits to play in, plus a large indigenous plant nursery, will be launched, completing 27 Boxes’s transformation into one of the area’s best, and most stylish, family destinations.
75 4th Ave, Melville

Mootee Bar to bring a touch of magic to Melville

Hello World. Mootee is coming this November. Built and owned by bartenders, Mootee is here to challenge what you think you know about Africa.

Just off the corner of 4th Avenue and 7th Street in Melville something dark and delicious is brewing as Mootee Bar takes the place once occupied by Mexican restaurant Cafe Mexicho. The entire space is currently being completely refurbished and is set to open in November as Joburg’s first bar founded and run by bartenders, specialising in African-inspired cocktails made with locally-sourced ingredients.
78 4th Ave, Melville

The Royale comes to Craighall

On an nondescript and busy section of Jan Smuts Avenue in Craighall, the colourful Cuban restaurant The Royale has taken over the space once occupied by the Warm & Glad restaurant. The interiors have been completely redesigned to open the bar-restaurant out into a rear courtyard while giant palms, groovy tropical wallpaper, rum cocktails and the odd touch of Club Tropicana neon have transformed the space into a sultry Caribbean hangout.
357 Jan Smuts Ave (cnr St Alban’s Rd), Craighall Park, tel. +27 71 687 4568

Curry and All comes to the City Centre 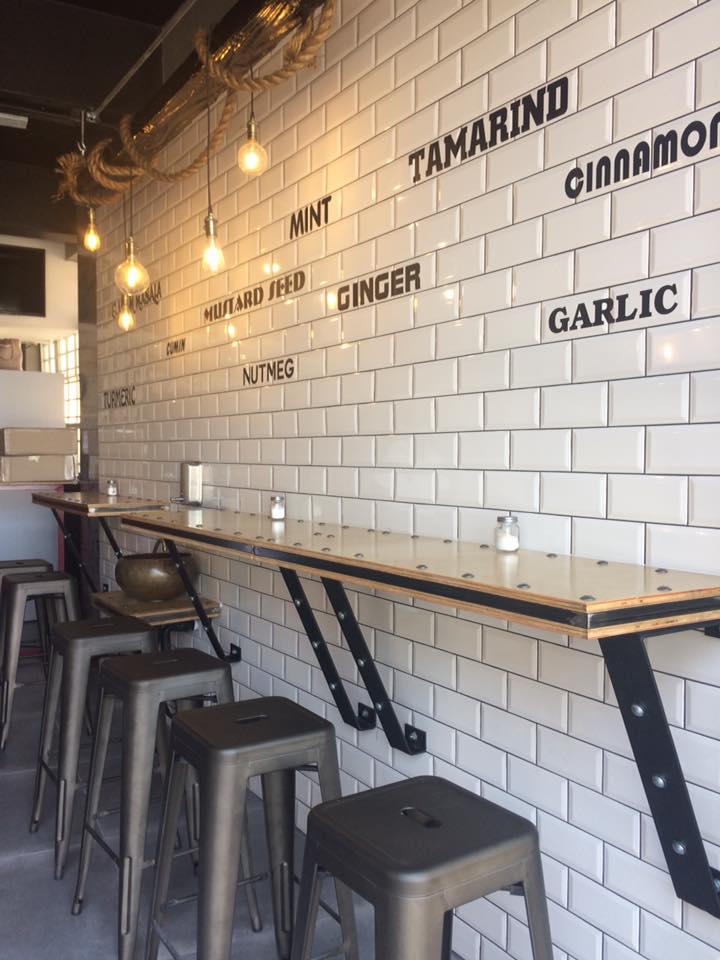 Famous for their flavourful and affordable Indian food, particularly the ultimate South African lunch staple the Bunny Chow, Curry n All, based behind a Shell garage on Rivonia Road, is a Sandton institution. Their new second branch is located at 6 Simmonds Street next to the downtown Joburg headquarters of Standard Bank and offers more of the same fast and filling lunch deals that Sandton office workers have grown to love.
6 Simmonds Street, City Centre

“Keep calm and put #bacon on it” Wild boar bacon arancini with broad bean puree is nothing to stay calm about. #menuideas #newresturant #freerange #brightsidefarm

Much celebrated local chef James Diack (of Coobs, The National and The Federal) has launched his fourth Joburg restaurant – Il Contadino – in Parktown North on the corner of 4th and 7th Avenues. Known for his dedicated farm-to-table dining philosophy, Diack sources almost all of the ingredients used at his restaurants from his family’s farm in Magaliesberg. Meaning ‘the farmer’ in Italian, the new restaurant celebrates Spanish, French and Italian rural ‘peasant’ food and the menu is packed with simple, rustic classics like roast chicken, slow-cooked pork, charcuterie boards, homemade pasta and wood-fired pizza.
Cnr 4th Ave and 7th St, Parktown North, tel +27 11 447 0710.

With year-end hurtling towards us faster than a taxi driver in a hurry, it’s a good time to sort out that Christmas party! To book out Milk Bar for your corporate function or year-end party, email rob@milkbar.co.za