Out with the old, in with the new. 2019 is edging to a close, and in its place will come a newer, shinier, more optimistic and a more inviting year by the name of 2020. What will the new year hold? Will we stick to our New Year’s Resolutions this year? Probably not, but there’s nothing wrong with a little bit of ambition.

There is the small matter of New Year’s Eve to get out of the way first of course. Many will be looking to get away from home for the big night, and the traditional party centres of Edinburgh, London and Paris will likely be jam-packed with people paying over the odds for drinks and queuing far too long for toilets. Looking for an alternative getaway for the final night of 2019? You’d be wise to consider one of the following.

Slovenia’s magical little capital is completely deserving of the Disney adjective attributed to it in the second word of this sentence, and its compact nature is perfect for an immersive New Year experience. With the somewhat manic Christmas lights still up and in full form, the fireworks above the castle make for a phenomenal way to bring in 2020.

Up to 250,000 visitors are expected to celebrate New year’s Eve in central Vienna again this year. The ‘Silvesterpfad’ New Year’s Trail links up the various events across the city centre with beautifully illuminated streets. From 14:00 until 02:00 stages across the city centre present DJ music and performances – from waltzes and operettas to rock and pop, the wide range of music means everyone has something to dance to.

From a small European capital to a major African city in the south of the continent, Johannesburg is going to be very much alive on December 31. Join in the countdown to 2020 and party away your first morning of the New Year at one of these Joburg parties.

In recent years Riga has become an increasingly popular destination for New Year’s celebrations. Many of these ‘extra’ tourists at the end of December hail from St. Petersburg and Moscow, because Russians have lengthy holidays at this time of the year, Riga is fairly close and, of course, most Latvians have at least a rudimentary command of the Russian language. Lots of restaurants and hotels throw expensive parties that include a meal, a glass of sparkling wine and entertainment in the form of a local crooner and they tend to sell out quickly.

Many Swiss celebrate New Year’s Eve with a dinner with the family – either at home or out at a restaurant – and go out to party later. Lots of restaurants offer special deals for New Year’s Eve, usually consisting of a more or less extended menu and champagne at midnight. Choose your favourite restaurant in our restaurant chapter – and don’t forget to call them as a reservation is essential.

Krakow is one of the most prominent tourist destinations in the heart of Europe, and it doesn’t disappoint when it comes to variation on December 31. The city has eschewed fireworks in favour of live music and other forms of entertainment, with a four-stage festival of sorts taking place all over town. Tickets are required despite the event being free of charge, so head to our site for more information.

The Romanian capital is another city gaining more and more tourist attention as the years pass by, and 2020 isn’t about to ruin that run. The city will be well and truly alive on NYE, with Hilton throwing three separate parties to usher in the new year. Hilton has even taken the trouble to set out a children’s area for the kids, leaving parents plenty of breathing space for one last 2019 shindig. 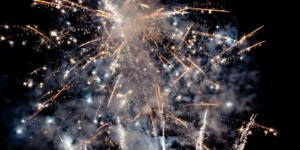 New Year’s Eve is obviously one of the busiest nights of the year, and the mass of crowds and chaos isn’t for everyone. Sheraton’s Polskie Smaki restaurant in the coastal city of Sopot has taken this on board, creating a special 6-course menu for the night complete with champagne and canapés, allowing visitors to watch the mass of humanity on the pier outside. The food promises to be spectacular, and being able to enjoy it without bumping shoulders with masses of people may be worth the cover alone.

Rounding out our selection of alternative New Year’s Eve getaways is the Bulgarian capital of Sofia, a city slowly proving all the naysayers very wrong indeed. Bulgarians know what they are doing when it comes to celebrations, and December 31 isn’t going to pass without a lot of fun and a whole lot of madness.