Seasons end, seasons begin. 2017 has morphed into its successor, and thoughts turn from Christmas festivals to the musical variety that fill up the summer. The years of slim festival pickings are long gone, and it seems as though every single state on the continent has a plethora of jamborees for the prospective reveller. How to separate the wheat from the chaff? It’s all wheat, but these 11 are particularly spectacular.

A multi-time winner of the Best Small European Festival Award, Katowice’s Tauron New Music returns in 2018 with a stellar lineup spanning continents and genres. Japan’s Soil and “Pimp” Sessions will light up the stage along with Palestinian street music, futuristic techno from the States and a whole heap of soul, both the spiritual and musical variety. For accommodation options check our Booking.com partner page here. 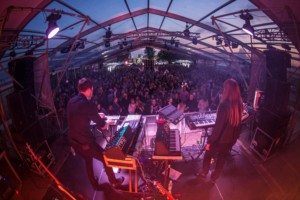 A three-day bonanza of the finest electronic artists on the planet, Ultra Europe is one of the unequivocal summer highlights of the festival calendar. Split’s Poljud Stadium is the venue for 72 heady hours and some of the most aesthetically beguiling stage design of the season. Afrojack, David Guetta and more will light up Spalato this July. 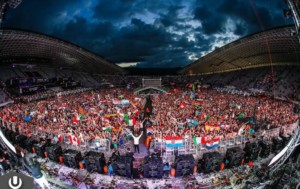 It may not have the most inspiring name, but Weekend Festival’s expansion into the Baltic in 2015 has reinvigorated festival life in the area. The 2018 lineup remains a secret, but the quality on show over previous years gives cause for optimism. Deadmau5, Chase & Status and Armin van Buuren took top billing last year, if further proof of that was needed. 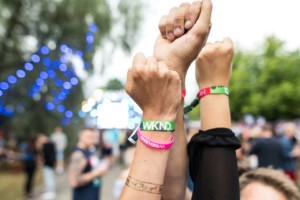 Slovenia’s Soča Valley is one of the most beautiful parts of an astonishingly beautiful country, making the annual Metal Days festival one of the most curious juxtapositions on the continent. The week long celebration does exactly what it says on the tin, so expect plenty of distorted guitars, half-time breakdowns and glorious, glorious riffage. Iconic Brummies Judas Priest are the headline act in 2018. 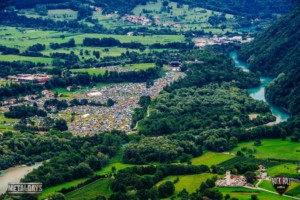 Ormeau Park is the oldest municipal park in Belfast, and 2018 will see it overrun by lovers of pop and rock over five nights in June with Belsonic Festival. Liam Gallagher, Picture This, Timmy Trumpet, Carl Cox and The Script are this year’s headlining acts, with plenty of surprises in store beneath them. It might not be what Timothy Hevey had in mind when he designed the park, but the thousands in attendance won’t care. 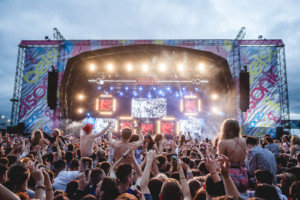 The largest electronic music festival in Romania, UNTOLD enters its fourth year in 2018 with plenty of momentum behind it. This former winner of Best Major Festival continues to grow year after year after year, with a bigger than lineup than ever expected this year. You don’t need a festival as an excuse to visit one of Europe’s most underrated cities, but we aren’t going to complain. 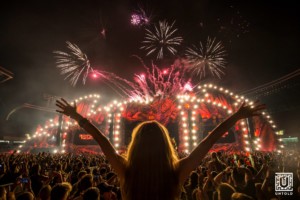 Nick Cave and the Bad Seeds have been confirmed as the headline act at Positivus in 2018, and that is enough for us. One of the largest festivals in the Baltics, Positivus is into its 11th year and boasts some of music’s biggest names among its alumni, including the Pixies, Kraftwerk, Iggy Pop and Elbow, among others. The festival takes places in Latvia just 12km from the Estonian border, making it a true cross-Baltic celebration. 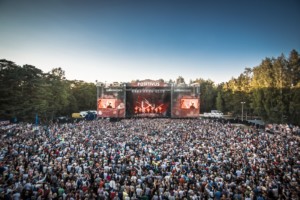 Lovers of jazz will already be more than aware of the majesty of Montreux, but newcomers need to book their tickets sooner rather than later. The second largest jazz festival on the planet, the location is more than enough to demand a visit, as the tones of some of the finest musicians ring out over the turquoise tones of Lake Geneva.

Any play on words is fine by us, no matter how successful. Open’er doesn’t need to rely on its name to attract the crowds, as the history and lineup does that for it. Massive Attack and David Byrne are just two of the monster acts that will take to the stage at the Gdynia-Kosakowo Airfield this July, at one of the busiest festivals in the entire region. A full run down of Polish music festivals can be found at this here link. 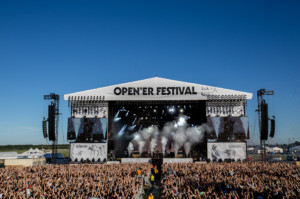 Ever wondered what the largest free-to-enter open air festival in Europe is? Wonder no more! The award goes to Vienna’s Donauinselfest (Danube Island Fest), a veritable free for all that seems to attract every single social individual in the famous Austrian capital. The full program will be announced in the middle of May, but the event sells itself. 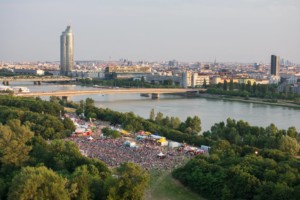 It is easy to forget that Belgrade Beer Fest is a music festival. Thousands of thirsty folk descend upon Ušće in the middle of August to swill the amber stuff, as a conveyor belt of the best bands in all of Ex-Yu rock and punk take to the stage. The festival might have beer in the name, but there’s plenty to nod your head to as the temperatures sore into the late 30s. 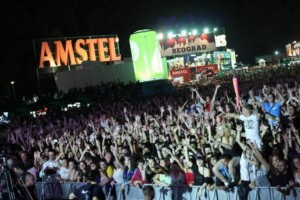