2018 sees a host of European nations celebrate a variety of centenaries, with festivities ranging from major parties to muted toasts and everything in between. Over the next few months, we’ll be putting together a number of centenary itineraries for various nations under our umbrella, starting this week with Lithuania, Latvia and Estonia.

The countries of the Baltic celebrate major anniversaries in 2018. You don’t turn 100 very often (just once, actually), and Estonia, Latvia and Lithuania all have the three figure landmark to salute in the coming year. There has never been a better time to visit the Baltic three, and we’ve concocted a concise itinerary that allows you to get the best out of all three in just 10 days. You should obviously come for longer…

Lithuania’s anniversary is a little different to its northern neighbours, as the nation celebrates the 100th anniversary of it being restored to the map of Europe. What better place to start than Vilnius? The capital’s Old Town is one of the continent’s most underrated, an enchanting labyrinth of lanes and courtyards. The Old Town is home to a myriad of architectural styles, and be sure to take a look at the House of Signatories, where that independence was restored in 1918. 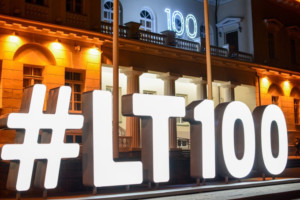 Give Vilnius two days before heading off to the second city of Kaunas, arguably the historical and cultural centre of the Lithuanian nation. The city is home to a delightful castle and some fascinating museums and sights, including the unusual Devil’s Museum and the monumental Ninth Fort.

Day four should be spent on the so-called Lithuanian Riviera in and around the city of Klaipėda. Lithuania’s westernmost city has it all, from an energetic nightlife to a tranquil and atmospheric Old Town. It is a great base for exploring the nation’s Curonian Spit, in particular the natural beauty of Nida.

Continue up the coast into Latvia, eventually stopping at the gorgeous coastal town of Liepaja. What started as a humble fishing village eventually became a major trading port, although a plague in 1710 saw to that. It regained prominence in the 19th century, and now holds the honour of being Latvia’s most progressive city. Spend the evening here, but be prepared for a hangover to follow.

From here head inland to Riga, the capital city and the biggest town in the region. It lies on the Gulf of Riga, and is famous worldwide for its wooden buildings and its impressive collection of Art Nouveau structures. The Old Town also happens to be a UNESCO World Heritage sight, although it doesn’t need the tag to be considered must-see. 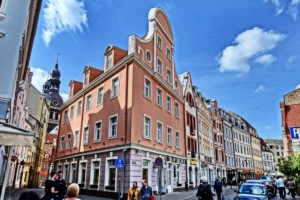 A couple of days in Riga will have to suffice, as Estonia awaits. Don’t head straight to the northernmost state however, as Gauja National Park stands halfway between Riga and the second Estonian city of Tartu. Spend an afternoon at Gauja before heading onto Tartu, Estonia’s student capital and another nightlife hub in the region. The City of Good Thoughts is considered the academic hub of the country, but don’t let that get in the way of a night of fun.

Days nine and ten should be spent in the Estonian capital, undoubtedly one of the most gorgeous cities in all of Europe. Tallinn is a special city, and the centenary celebrations will surely ramp that up a notch or two. The 800 years of history here has seen Tallinn collect an impressive array of sights and stories, whether in the magical Old Town or the royal architecture further afield. 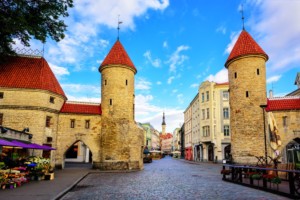 After one last night out, spend your final day wandering around this striking medieval city. The Baltic nations might represent a small and relatively undiscovered corner of the continent, but they wouldn’t want it any other way.