Is there a national day celebrated more on an international scale than St. Patrick’s Day? The entire planet seems to turn green in honour of the great man, the son of a deacon who was kidnapped and sold into slavery in Ireland at the age of 16. He eventually drove the snakes out of Ireland, although in this case this means he brought Christianity to the land. Conversion is the furthest thing from the minds of many on March 17 however, as wearing green and drinking until the cows come home to roost is takes over. If you’re looking to celebrate St. Patrick’s Day outside of Dublin, consider one of the following cities.

If you can’t be in Dublin for St. Patrick’s Day, Belfast is the next best bet, right? The capital of Northern Ireland predictably comes alive on the big day, and the annual parade starts off proceedings in a fine way. A free concert on Custom Square keeps the family-friendly festivities running, until the kids are put to bed and the decidedly adult fun can begin. 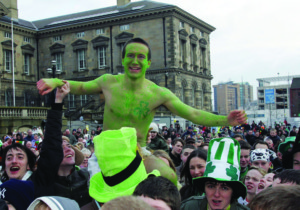 From humble beginnings do great things grow. Munich’s St. Patrick’s Day parade began in 1996 as a small get together of Irish expats, and it has since grown into a 15,000 people strong all day party. The ‘all day’ in that sentence actually means ‘all weekend’, and a three-day one at that. Munich loves itself a festival, and St. Patrick’s is one of the biggest in the Spring.

We’ve made no secret of our boundless love for Ljubljana over the years, so the Slovene capital demands a nod when it comes to St. Patrick’s Day celebrations. Patrick’s Irish Pub was the first of its type in the country and remains an absolute must-visit on any night of debauchery. The pub grub is exquisite, a noun and an adjective that rarely come together, and the place will be absolutely rammed on the big day. 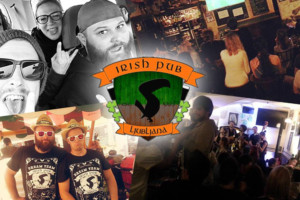 Russia is different, there’s no point denying it. Moscow’s St. Patrick’s Day celebration is pleasingly unorthodox as a result, and the 2018 party promises to be the biggest yet. The feast day of Saint Patrick was added to the liturgical calendar of the Russian Orthodox Church in 2017, so expect the curious mix of military imagery and carnival spirit to soar to new heights in March. 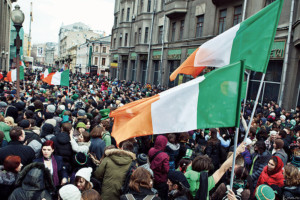 We recently made our grand return to the Serbian capital, and Belgrade’s annual Irish Festival enters its 6th year in 2018. A plethora of events take place between March 9 and 18, and the 17th obviously provides many of the highlights. Live music, exhibitions and more will paint the White City green, adding a different element to Belgrade’s already legendary nightlife.

Irishmen don’t come much more famous than James Joyce, and it was in Zurich that the novelist’s life came to an end in 1941. Joyce is celebrated all over the city, and the March 17 festivities have an extra spark because of it. The city’s Langstrasse district is the place to go, although the grittiness of District 4 might not be for everyone.

Okay, hear us out on this one. It’s St. Patrick’s Day, and you’re looking to do something different. A pub crawl sounds fairly standard, but how about a pub crawl traversing three different cities? Gdansk, Sopot and Gdynia form Poland’s Tricity on the Baltic, and while nothing special will be happening in any of the three they still form an invigorating challenge for the ambitious reveller. There are plenty of other options for celebrating Paddy’s Day in Poland, but the Tricity Challenge might be too tantalising to ignore.

The Lithuanian capital was fairly late to the game when it comes to St. Patrick’s Day celebrations, but it has more than made up for that in the years since. Taking inspiration from other cities around the world, the Vilnele river is coloured green to celebrate all things Irish. The Lithuanian community in Ireland is sizeable to say the least, and the Paddy’s Day Bug has made the opposite journey. The river only stays green for a few hours, but celebrations in the bohemian republic of Užupis go long into the night.

Our final tip comes from the northern tip of Italy, in the shape of Padua. Considered the home of the piano (there’s some pub quiz knowledge for you), Padua (Padova in Italian) hosts a five-day celebration of all things Irish at this time of year, despite not having an Irish community of any real note. The Irlanda in Festa is one of the biggest festivals of its type, featuring a barrage of live music and an amount of Guinness that probably sits in the ‘far too much’ box. The celebration gets underway on March 14, so pace yourself. 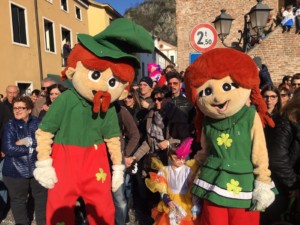