The Gdansk Pocket team had the pleasure of hosting the annual In Your Pocket Licensee Meeting from March 3-5 this year. After nearly 16 years, it was fantastic to be able to show off our city to the rest of the group, most of whom had never visited the city before.

I think it is fair to say that they were impressed with the city, and the excellent impression that they left with began to be formed with their arrival at Gdansk’s Lech Walesa airport. One or two had visited the airport over the past thirty years and while the modernity and ease of passage through it was remarked on by all, the transformation from what one colleague remembered as a glorified bus shelter in the 1980s genuinely amazed him. Some made their way into town by Neptun taxi from outside the terminal while others took the opportunity of riding on the brand new PKM train into Wrzeszcz. Again there was plenty of praise for the new infrastructure, although an investment in a few more ticket machines would make catching the train a less stressful experience.

The group stayed and the meeting took place at the Hotel Gryf in Gdansk. Those of you familiar with the city might raise your eyebrows at that one. From the outside the hotel, located in the former clinic building on the shipyard is not a looker and the surrounding Robotnicza (Workers’ Street) district looks like the kind of area that needs the expensive facelift that it’s in line to receive. Two things drove our choice of this hotel. First was price. We run a tight ship at In Your Pocket to ensure we have money for everything that we want to do. We have seen many businesses come and go over the years, many leaving behind a mound of unpaid bills and taxes, and our success and longevity have been achieved while paying our way, including all of our taxes in Poland. So the Gryf satisfied our needs there because it is a genuine budget hotel. What is surprising to many, and what also figured heavily in our decision, is that the insides are far more impressive than the outside suggests. Rooms are spacious; beds are comfortable and there are two decent sized meeting rooms with the typical accessories. Incidentally the ugly exterior is being replaced right now and though it will be some time before the neighbouring district is cleaned up, the hotel will shortly look a lot more attractive from the outside.

One of the reasons to write this blog post was to demonstrate to our colleagues how to use this updated function. We also wanted to highlight where we chose to spend time during the conference when we weren’t examining the new functionality in our systems, our new apps or discussing trends in the travel publishing business. We spend our time making suggestions for our readers, so it seemed like a good idea to highlight where we spent time with our guests.

With the hotel located a 15-20 minutes’ walk north of the old town we tended to stay to that side, although the centre is small enough to put most places within walking distance. Over the three days and evenings we spent in Gdansk we enjoyed the choice of beers in Degustornia Dom Piwa (although not the odd smell of drains); the laid back atmosphere and the local beers in Pulapka and the neighbouring Lawendowa 8 and the on-site brews and menu at Brovarnia. The most memorable moment of the visit in terms of nightlife though, came when we introduced the group to the Bunkier club on ul. Olejarna. After spending time exploring the different levels, one of which had a concert going on by a Polish rock band, the group spent the night dancing away to some classic dancefloor hits. The number of bars and the friendly and efficient staff ensured a very memorable night. 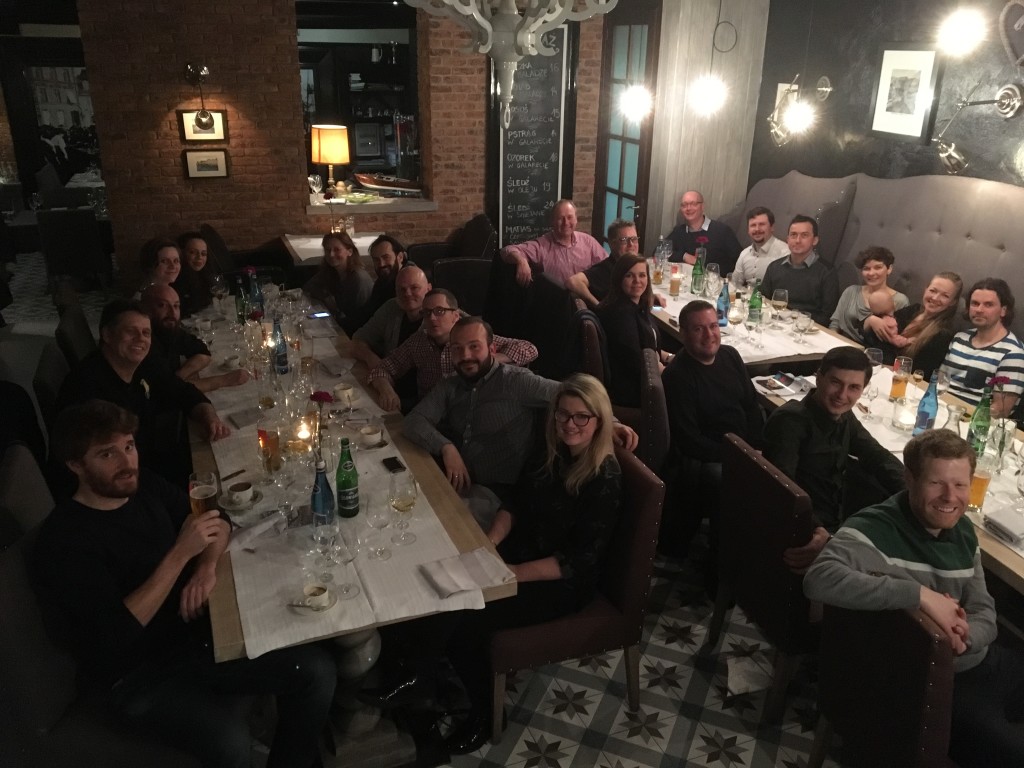 The city’s nightlife wasn’t the only thing to leave its mark on our guests. The restaurants we visited also received a unanimous thumbs-up from our professional reviewing team, which is no mean feat, including as it did one writer for whom our official team meal had been ruined a few years previously in Budapest by a very dry duck.

Thursday evening saw us take over the covered terrace at Targ Rybny where this writer’s dish of cod and pureed potatoes and cabbage in a port, plum and bacon sauce was very, very good. Friday saw the ‘official’ meal take place in the Kubicki, just across the way from Targ Rybny and here our guests were very impressed with the roast duck and red cabbage while the herring starter, another Gdansk favourite also garnered praise. The thing that impressed us locals most in both restaurants was the service. Regular readers will know service is a bit of a bugbear and is more often below average that we now recommend that you expect the worst and write only of good service. In both Targ Rybny and Kubicki, the service was excellent and the large group did not phase either the staff or the kitchen. Some other restaurants in town should take note, as it is certain that our guests’ impressions of the city were only improved by the time they spent eating in the evenings.

Time was at a premium and the schedule allowed for limited sightseeing. In Your Pocket’s founder, Matthias Luefkens, aside from meeting Gdansk mayor Pawel Adamowicz, took time to visit the European Solidarity Centre located adjacent to the hotel. You can see the Vines he shot there by visiting our Facebook page and he came away describing the exhibition as fascinating and moving, a sentiment shared by other members of our group and a number of subsequent posters to our Facebook page. 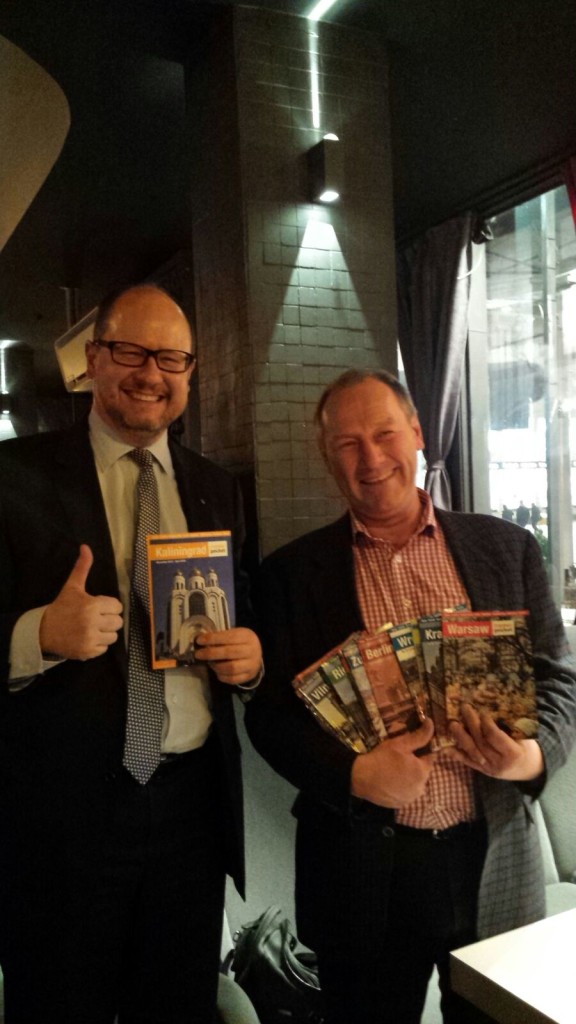 The meeting wound down and some headed up to Sopot on Saturday evening where Kava became our base, primarily because of the huge screen showing the game between Bayern and Borussia, which was eagerly watched by our German, Austrian and Swiss contingent. Some made sure to catch a glimpse of the sea by walking the short distance to the famous pier and the night wound down with a visit to Fidel, one of our favourite spots in Sopot and then the neighbouring legend that is 3 Siostry (3 Sisters).