Not everyone can go to Russia to watch the 2018 FIFA World Cup, although looking at ticket sales it doesn’t seem like many are interested in making the trip at all. Many are choosing to watch the action from the comfort of a barely lit sports bar or a stylised park, paying slightly over the odds for beer as Belgium put one more past Panama in another one-sided group match.

We’re only slightly joking in our cynicism there, but we’re genuinely excited about the forthcoming soccer extravaganza. Plenty of cities are gearing up for the tournament, and it might seem difficult to choose a spot to watch when everywhere seems to have found a TV screen or a projector for the event. Let’s separate the wheat from the chaff.

We’ll start with the nations that qualified for the tournament, and a spot in Zurich that styles itself as ‘bar sportif’. This deliberately low-key place will occupy parts of the lovely Idaplatz square for a few weeks with three big HD screens showing all the matches. Quite a selection of international beers is also available and they even know how to do cocktails here. 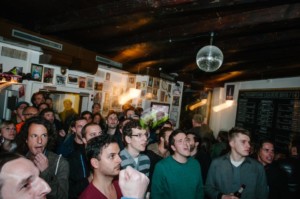 The Coalmarket square, normally a cobbled car park at the entrance to the old town, will be converted into a huge fan zone holding up to 5,000 people for the month of the World Cup this summer. Gdansk is just 160km from Kaliningrad, and the hope is that some of the host city energy will make its way across the Baltic this summer. 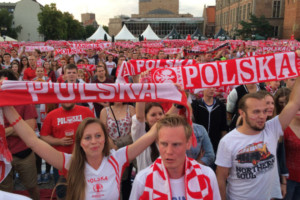 Where better to watch a summer of football than in the comforting surroundings of a beer factory? Zagreb’s Pivana has undergone a bit of a facelift since the last major tournament, but that has only increased the quality of this popular spot. If a beer factory doesn’t float your boat, head to Tkalčićeva for a bevy of options. 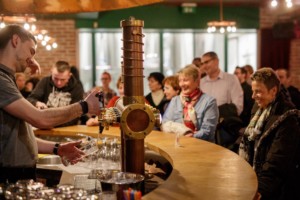 The Serbian capital has plenty of sports bars, but we recommend heading out of the city to Ada Ciganlija and the Dogma Brewery Tap Room. With some of the finest craft beer in the region on tap and plenty of space both indoor and out, this is the sort of place that could easily become a second home this summer. 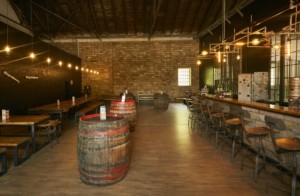 Where else? Belushi’s is one of the most famous sports bars on the continent, and the atmosphere is guaranteed to be cracking during the summer. Germany are rightfully considered one of the favourites, so it might be wise to book a seat here for July 15 ahead of time. 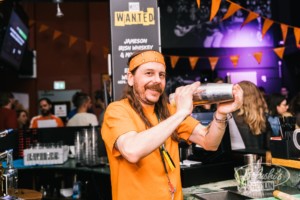 And what of those countries that didn’t make it to the finals? Ljubljana’s adorable city centre will become a land of televisions during the tournament, but there is a reason Lepa Žoga has stood tall as the city’s premier sports bar. Head out to Šiška for the matches and indulge in a hot dog or two while you’re there. 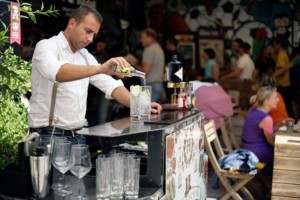 Latvia’s days as a football powerhouse are still way off in the future, but there will be plenty of choice when it comes to watch games this summer. Riga spots don’t get much kitschier than this spot, but if you can avoid the slot machines you will find one of the city’s finest summer courtyards, a perfect spot to watch the games. 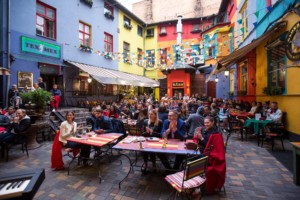 Czechs are in a state of depression when it comes to their national football side at the moment, but the finest beer on the continent should sort that problem that. Head to Karlin and U Zabranskych to watch the games this summer, and envelop yourself in history. It was here that the Communist Party of Czechoslovakia was formed after all, although plenty has changed since the 1920s.

You don’t have to watch the action in dive bars and open air zones of course, and some might be interested in enjoying the games in relative splendour with an incredible burger in front of them. Head to the JW Marriott in Bucharest and make a beeline for Champions if that is the case. We’ll resist some sort of winners pun there. 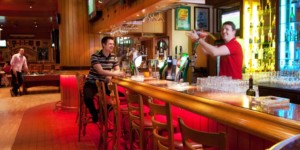 The premier sports pub in the Lithuanian capital, the basketball will take a back seat between June 14 and July 15 as the football takes over. The outdoor terrace has a large screen showing all of the matches (yes, even Senegal vs. Japan), and there are more than enough screens inside for a plethora of punters. 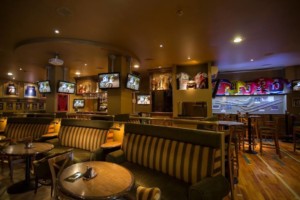 The early stages of the FIFA World Cup can be a bit of a slog, with multiple daily matches meaning a long day of beer and (hopefully) excitement. Route 13 represents the perfect spot for such a day, offering excellent food through the day and the temptations of the night once the sun goes down. Just be sure to head outside in between matches, we hear the sun is good for the skin.

It was a case of ‘so near yet so far’ for Northern Ireland, as the boys in green saw their bid for a first World Cup appearance in more than 30 years thwarted by Switzerland and a dodgy referee. There will be plenty of places in Belfast to watch the games (Lavery’s jumps to mind), but why not head to Windsor Park and take a tour behind the scenes of the national stadium. The post-tour beers will taste just that little bit better…