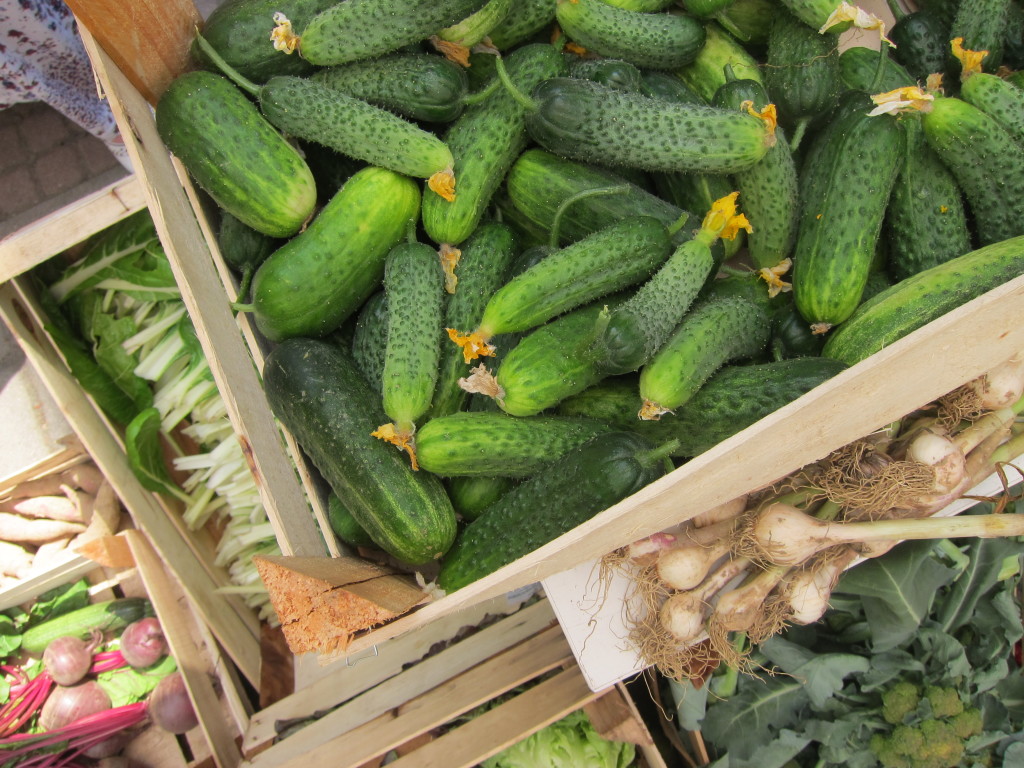 The Little Market from the Attic Archives

I grew up in the UK. During the working week, for me lunch meant grabbing a bacon butty in the sandwich bar downstairs. “Luxury!” my father would have said if he had known of my profligate ways. For him lunch was a round of sandwiches prepared the night before and wrapped in greaseproof paper, on one famous occasion only to be carefully removed from his briefcase, unwrapped and devoured by his colleague’s guide dog.

My father was a mid-ranking civil servant. How different would life have been had he been a Sir Humphrey of Yes Minister fame? Three relaxed courses in an oak-panelled club room, with a bottle of fine claret, possibly a cigar and a cognac at the end? I’m working in the civil service myself now and see that pretty senior folk still bring their lunch from home, an endearingly modest touch. Lunch these days is rarely liquid. Things are not what they once were.

My husband, a Croatian civil servant funnily enough, was horrified when on an exchange visit to the Netherlands he was offered smoked salmon sandwiches, an apple and a glass of milk for lunch. He declined the latter, claiming he would get diarrhoea. He is more used to devouring half a pig on his midday break. 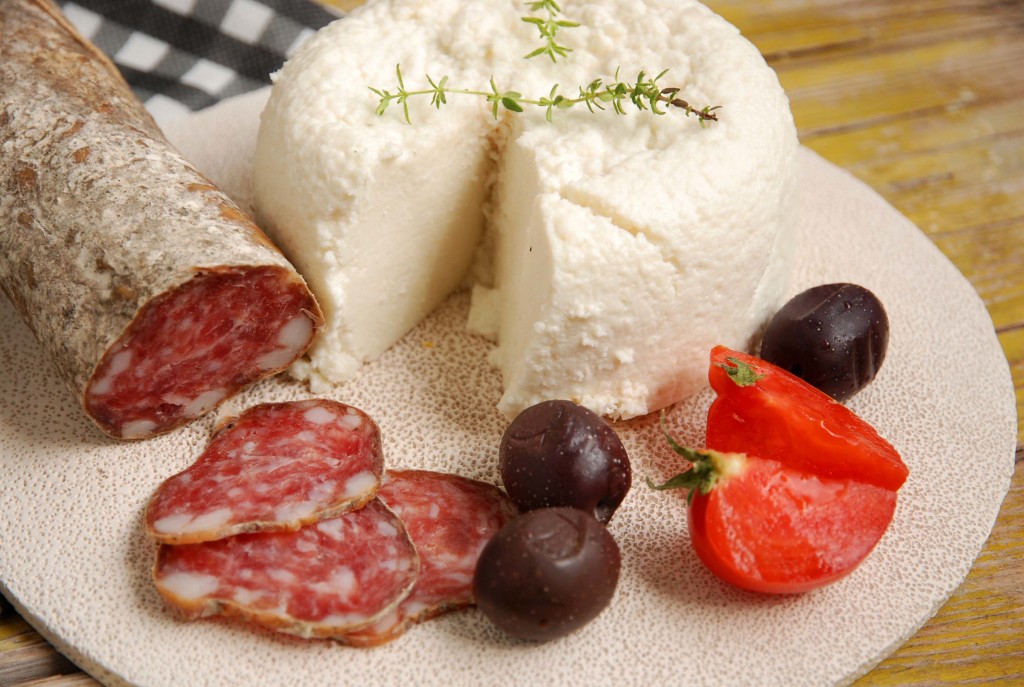 In Zagreb the working day begins earlier than in London, closer to 08:00 than 09:00. So by 11:00 in the morning many tummies start torumble. Which means… it’s time for gablec!

Gablec is one of the great untranslateables: it’s not breakfast, it’s not lunch… it doesn’t look like brunch either. The word stems from the German Gabelfrühstück – breakfast you eat with a fork. Gablec enjoyed its golden age in the days when the workforce showed up around 06:00. By the time your average Brit was still stumbling bleary-eyed towards the office your worker round these parts was in need of serious fortification. Hence mid-morning portions of hearty home-made favourites such as grah (bean stew), goulash, špekfileki (tripe stew with bacon) or faširanci (vegetable hotpot with meat rissoles).

The small Zagorje town where I spent several years still works to the same timetable as 50 years ago. The town centre takes on an aroma around 10:00 heralding the arrival of gablec. The aroma is particularly tempting on Fridays when the pubs prepare calamari and other fish dishes. A delightful cameo straight from a Miloš Forman film is played by the portly mayor trawling the cafés at 07:00 for shots of rakija. “Bit of a sore tummy, you know…” 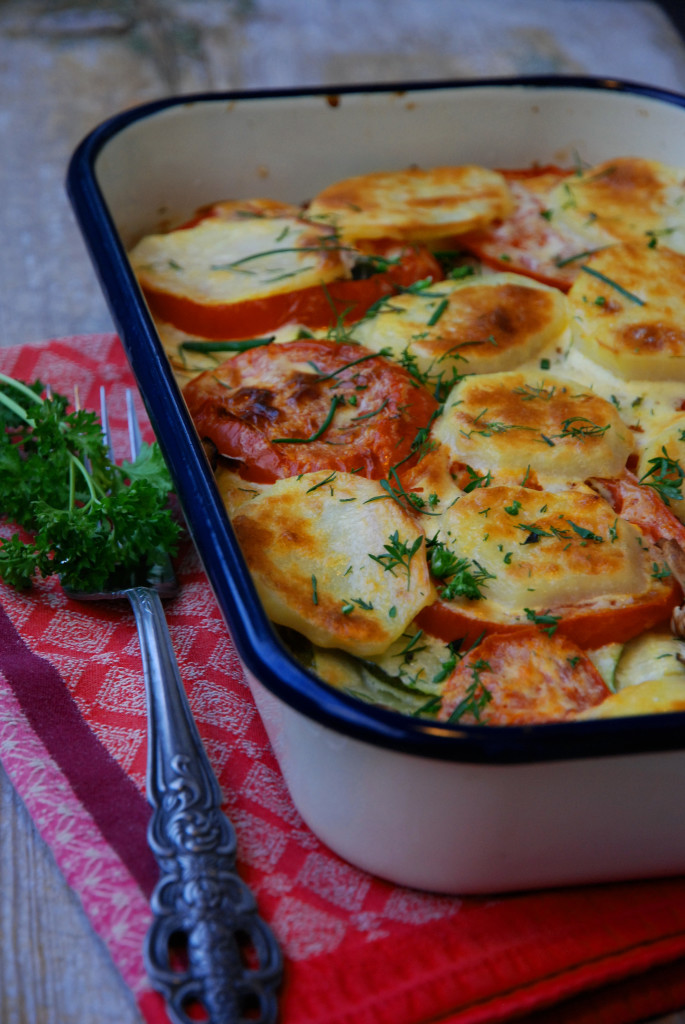 Well, if your working day is 08:00 til 04:00 in a city the size of Zagreb you can still be at home in time for what could be loosely termed “lunch”. Meaning: a plate of soup (to be consumed on a daily basis otherwise you are clearly dicing with death), meat, potatoes, veg… possibly cake. Croatian matriarchs still have making cakes near the top of their job description.

Dinner is the meal that doesn’t quite figure here. If you’ve had a light breakfast, your mid-morning gablec and an afternoon lunch, ideally followed by a nap, all you really need in the evening is a few coffees, several rounds of alcoholic drinks and a light bite such as a plate of fried eggs, a mound of bacon and dried sausages or possibly some wheat or corn grits. And cake.

Things are changing today. With the changes that globalisation brings people are switching to light snacks for lunch and main meals in the evening. Old folk across the country recoil with horror, since for them breaking the essential rhythms of life causes obesity, diarrhoea, alcoholism and death, definitely death.

They might be right. There is something to be said for a bit of orderliness rather than subjecting your poor digestion to all sorts of horrors, as I tend to do. (Fancy scrambled quails’ egg with chilli sauce, black coffee and chain-smoked cigarettes for breakfast, with salt’n’vinegar crisps and beer for dinner?)

But whatever the changes, everyone still has a special place in their heart for the traditional gablec.

The Art of Mediterranean Cuisine

Festival of Jam and Marmalade