If there was an index to calculate a country’s inventiveness gene, Croatia would rank extremely high. This small country of no more than 4.5 million people has advanced the world in all major spheres of life. Croatian inventors have dreamed up ingenious abstract concepts and have also created hands-on solutions that we use in everyday life.

Starting from Nikola Tesla who literally “lit up the world” with his alternating electric current to Slavoljub Penkala whose pen allows us to sign our name – physically on paper and metaphorically as a legacy.

Many of Croatia’s greatest minds lived a quiet life, as most geniuses do. And as history keeps re-evaluating our biggest civilizational feats, Croatian inventions too are being rescued from oblivion. Like for example the ideas spawned by the physicist Ruđer Bošković, which predate Einstein’s theory of relativity by 200 years.

What better way to connect to your travel destination than to realize how its inventors influenced the world at large, and your own day-to-day life. So here is a list of Croatia’s major innovators.

Faust Vrančić (1551 – 1617)
People had always been fascinated with flying, but it was not until the Renaissance that they had the first taste of it. Many think that Leonardo da Vinci invented the parachute. But the revolutionary ‘Homo Volans’ (the flying man) concept was actually thought through by Šibenik-born Faust Vrančić.

The parachute he conceived of was the first ever tested. It was Vrančić himself who at the age of 65 jumped from St Mark’s Campanile in Venice and confirmed his invention worked. He survived, setting humankind on course to finally conquer the sky 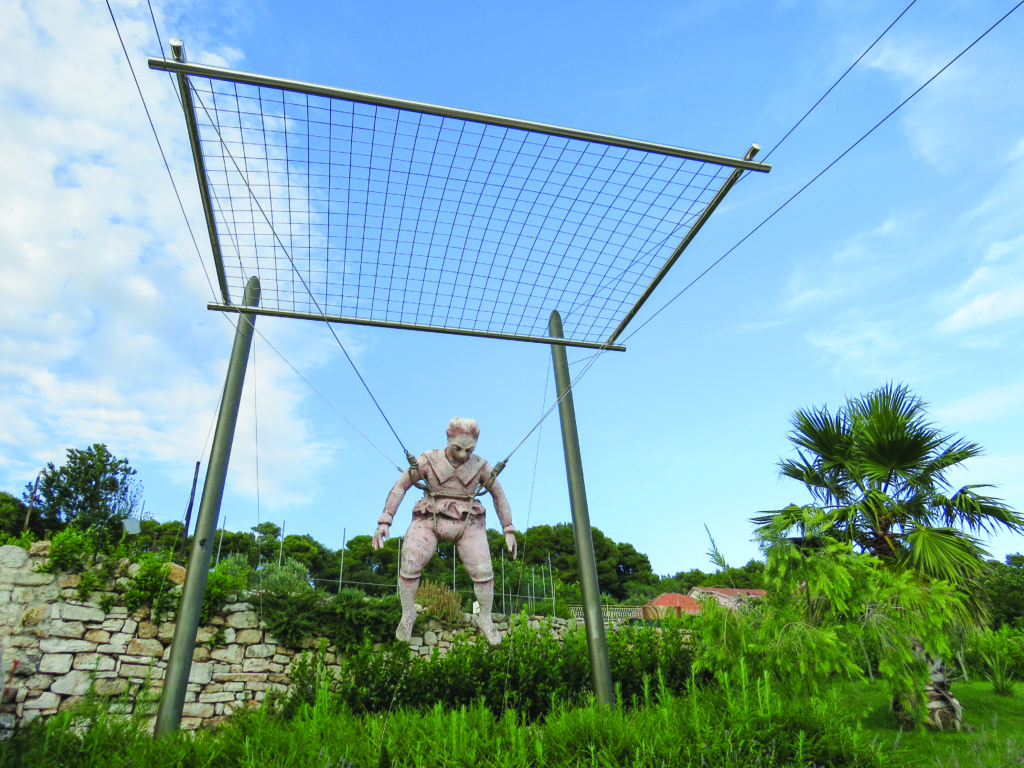 Marin Getaldić (1568-1626)
Maybe you don’t need glasses, or don’t need them yet. But when you pick them up in your seasoned years, think of the mathematician and physicist Marin Getaldić. This Dubrovnik-born colleague of Galileo Galilei set the stage for modern day optics. A pioneer in building conic lenses, he would retire into the so called Bete’s cave outside the Dubrovnik city walls and conduct his experiments with mirrors.

The parabolic mirror he built still survives and is kept at the National Maritime Museum in London. Again, a parabolic mirror may not sound like much. But next time you tune into your favourite TV show on a satellite channel, remember, a satellite dish is just one if its many applications.

Ruđer Bošković (1711-1787)
The hardest inventions to understand and appreciate are the abstract ones. They may not have practical devices to show but they forever change the way we see the world. This is why you should remember Ruđer Bošković, Dubrovnik-born mathematician, astronomer, and philosopher – the father of modern physics.

His famous work Theoria Philosophiae Naturalis/Theory of Natural Philosophy (Vienna, 1758) contains super-modern theories that were proven and embraced only two centuries later. Like for example that matter consists of tiny particles, today known as quarks, and a lot of empty space. The true meaning of this revolutionary discovery may be lost to a layperson. So think of Albert Einstein’s theory of relativity – the biggest discovery of the 20th century – and remember that it wouldn’t have been possible without Bošković’s ideas.

But this genius scientist also used his mind for practical solutions, like repairing the dome of St. Peter’s in Rome and setting up the famous Brera Observatory in Milan.

Ivan Lupis (1813-1875)
Weapons may not be the greatest of our achievements, but when Ivan Lupis invented the torpedo, more technological breakthroughs followed. The initial idea of this Croatian navy officer was to guard the coast with small boats laden with explosives.

The concept of fighting off the enemy with a much smaller and self-propelled vessel was so revolutionary it quickly caught the attention of the English engineer Robert Whitehead. Under his direction, the first torpedo was manufactured in Rijeka in 1868. Over the years the fish-like underwater weapon was improved through other discoveries, such as contra-rotating propellers and the use of a gyroscope for direction setting. It was one of the most important military resources in both World Wars.

Ivan Vučetić (1858 – 1925)
Today’s world is fascinated with forensics and CSI TV shows. On the one hand, this advanced investigative technology makes us safer because hardly anyone can get away with committing a crime. On the other, the data kept on each of us may be infringing on our privacy. Like fingerprinting for an ID for example.

Whether you are for or against it, have you ever wondered who invented it? It was the Hvar-born Ivan Vučetić who later emigrated to Argentina and became the director of the Center for Dactyloscopy in Buenos Aires. In 1892 Vučetić made the first positive identification of a criminal based on a bloody fingerprint. His exceptional method of fingerprinting classification became the golden standard in CSIs around the world.

Nikola Tesla (1856-1943)
There are still people who don’t know of Tesla, but there is hardly anyone whose life is not impacted by his ingenious inventions. Let’s start with electricity, this basic facility that we won’t or can’t live without. Tesla’s alternating electric current (AC), invented at the same time as Edison’s direct current (DC), proved a safer and more cost-effective mode of power generation and distribution. Tesla is what happens every day when you turn your lights switch on!

His next grand discovery was the radio, though it was initially credited to Marconi – the patent was eventually given back to Tesla in 1943. From there Tesla invented the system of remote control. Yes, the same one you use when you flip through TV channels.

His most impressive yet controversial discovery is the Tesla Coil – the concept that the Earth itself is a magnet which generates electricity through frequencies. All that is needed for free power for everyone is a transmitter. See the controversy here?

But, back to practical, everyday solutions. Think of house appliances, machine tools, disk drives… they are all powered by the electric motor invented by Tesla. Next time when you take a cold drink from your fridge, think Tesla. Styling your hair with a hairdryer? Think Tesla. This man changed the planet as probably no one before or after him. And yes, the Tesla electric car is named after Nikola Tesla! 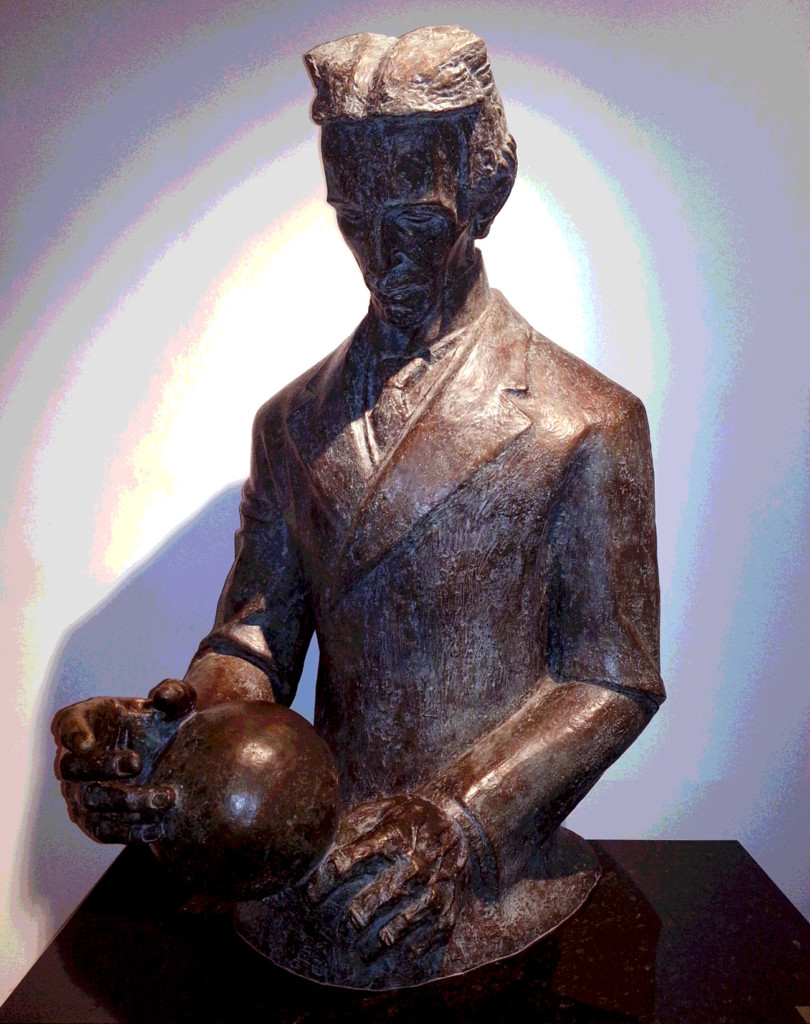 David Schwarz (1850-1897)
When it comes to conquering the sky, Croats indebted the world with yet another design – the Zeppelin. David Schwarz, a Croatian aviation pioneer created the first of its kind, an airship completely made of metal. The Zeppelin plane may not be in use any more, but its discovery was an important step in designing airships which could be controlled by engine-driven propellers.

Schwarz worked on the prototype that was to be test flown in Berlin in 1897, but he died a few months before it happened. The legend says that Count Ferdinand Graf von Zeppelin bought Schwarz’s patent from his widow, the reason why the airship is named after him.

Slavoljub Penkala (1871-1922)
Even if you’re not a professional writer, try counting the number of times you put your signature on a document. The old-fashioned way, with a pen to paper. This was made possible by the great inventor Slavoljub Penkala who first patented the mechanical pen in 1906. Only a year later, Penkala also created the fountain pen.

These writing accessories became so popular that Penkala teamed up with Edmund Moster to set up the Penkala-Moster pen-and-pencil factory. TOZ Penkala (the factory’s current name) is still alive and kicking in Zagreb – an establishment with a cult status.
If writing is our civilizational achievement, then Penkala undoubtedly provided one of the most crucial means by which we leave our mark and our signature in the world.

Zlata Bartl (1920-2008)
A magical cooking spice Vegeta is the magnus opus of Zlata Bartl. You may be thinking ‘how typical for a woman to invent something relating to the kitchen’. But Zlata Bartl was a chemist and a scientist working in Croatia’s foremost food company Podravka.

In 1959 she concocted Vegeta from salt, spices, dried vegetables and flavour enhancers. The condiment soon shot to popularity and was selling worldwide. No foreign attempt to reproduce the product, and there were many, was successful, so Vegeta continues to be one of Croatia’s most widely recognized brands. Next time you are cooking, try the Croatian trick – finish with adding one spoonful of Vegeta.

Tomislav Uzelac
Do you remember how the iPod came to be? There is a moving scene in the film Steve Jobs where he devised the portable music library to get closer to his estranged daughter. But having your favourite music tucked inside your pocket predates Jobs’ ingenuity.

The first successful MP3 player was invented by the Croatian programmer Tomislav Uzelac. He built on research about music file compression carried out in Germany and came up with his own product in 1997 – AMP. This first MP3 player was picked up in the USA and adapted to work on Windows. Then we got Winamp, and we are sure most of you have had it installed on your computers.

The newest inventions
There is a new generation of savvy Croatian programmers who continue to impress with their state-of-the-art devices. You will come across at least two of them while you travel in Croatia. Here, you can pay for parking by text message and charge your mobile device on a solar-powered smart bench. The Steora bench, invented by Ivan Mrvoš, has already stormed the world, and Zagreb alone has 20 of them installed across the city.

When it comes to new sources of energy, you only need to go 20 km outside Zagreb to the bucolic village of Sveta Nedelja to find the world’s fastest electric car. This is where Mate Rimac makes his famous Concept One – the biggest competitor to the electric models made by Ferrari, Lamborghini and Porsche. When you are in Zagreb, don’t miss a chance to visit the Rimac factory. Go on a 60 minute tour and meet the world’s most talked about car in person. 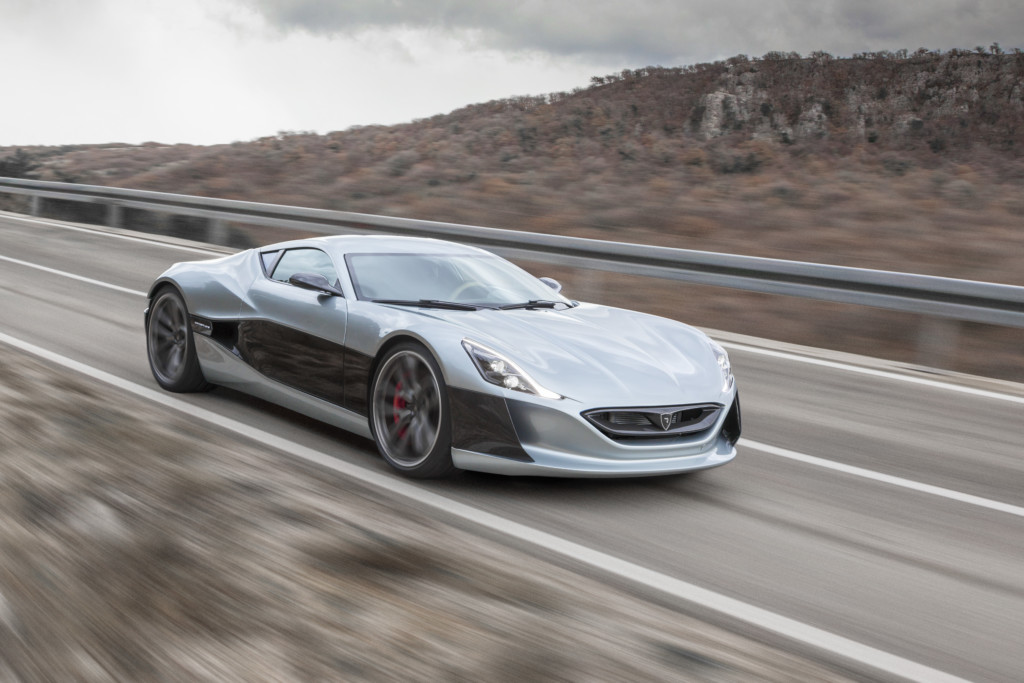 Concept One by Rimac Automobili

Zagreb’s Layout – A Journey Through a Layered Cake of Neighbourhoods