The Rough and the Smooth of Croatian Rakija

When we asked a colleague at the Dubrovnik Tourist Office to tell us something about the social role played by rakija,her answer was immediate and precise. It’s the ideal way to clean your windows, she said, especially when applied with a scrunched up sheet of old newspaper.

Whether you live in a household of sparkling panes or not, Croatia’s favourite spirit does indeed play an important part in local life. Usually made from grapes left over from winemaking, or from orchard fruits like plums or apricots, the body- and soul-warming drink is an inescapable part of the nation’s social glue. However the Croatian passion for rakija is often misconceived by foreigners, who assume that it signifies some wild Balkan temperament, a propensity for heavy drinking, or the kind of enthusiasm for downing shot after shot that turns every Friday night into the greatest adventure you just can’t remember.

In fact, Croatian rakija consumption, rather like Croatian coffee consumption (also frequently misrepresented as some kind of local mania), is rather measured. You’ll encounter it most often as a welcome drink when entering someone’s home as a guest, or as an aperitif that is served at the start of the day’s main meal. When your friends offer you a rakija every time you cross their threshold, it’s not because they want you to carry on drinking rakija after rakija for the rest of the day. (Indeed it’s their propensity to keep on filling your wine glass that will eventually send you under the table.)

The other important thing about rakija that every Croat will tell you is that it is a proven form of folk medicine which is in every way superior to anything you might get at the local pharmacy. “If you cut yourself, you can apply rakija to the wound” says our window-cleaning informant from the Tourist Office. “And if your blood pressure is high, you can drink it to calm down.”

“When I was growing up everyone had a bottle of rakija at home” says Darko Perojević of Dubrovnik’s Bar Azur. “Our grandmothers would put rakija on a compress and place it on a child’s forehead if they had a temperature.”  According to the barkeeperat the Soul Caffe, another Dubrovnik haunt that prides itself on stocking a solid choice of standout rakijas,  “walnut rakija is very good for stomach ache; carob rakija is good for body cramps; andmisletoe rakija is good for blood pressure.” So next time you’re feeling under the weather, head for the nearest bar and pull up a stool.

So where does this all-healing elixir actually come from? The most common forms of Croatian rakija are those made from grapes (lozovača) or plums (šljivovica).Most other orchard fruits can be used whenever they are abundantly available – apricots, apples,pears and quince among them. In the past, rakija would be distilled at home by any household that had access to these basic ingredients; indeed domestic rakija is still distributed privately throughout the country, even though you may no longer see it on open sale at markets. It’s a strong drink – domestic forms of rakija will have an alcohol content of over 40%, commercial brands slightly less – so it’s important to keep track of how much of the stuff you’re quaffing.

It’s the grape rakija that is most common in the coastal regions of Croatia, because it’s here that orchards are far outnumbered by vineyards. Arguably the defining rakija of coastal Croatia is travarica, the grape-basedspirit infused with the kind of wild herbs characteristic for this part of the Mediterranean.There is no set recipe for travarica, and each producer will have invested a lot of time in arriving at their own distinct blend of herbs.

Rakija-based liqueurs are made by mixing rakija with honey, cherries, walnuts, pomegranate, mistletoe, carob and figs. Arguably most famous of the liqueurs is pelinkovac, the bitter wormwood-flavoured spirit that is highly regarded as a stomach-settler and as a general pick-me-up on cold, wet days.

With so many variations on the rakija theme, there’s a lot for the curious traveller to get through.  According to Darko Perojević, “tourists always ask us for rakija. And they’ll inevitably ask for šljivovica because it’s the one they’ve heard of. It’s up to us to help them differentiate between the good and the bad.” Darko’s Bar Azul has a classy list of international wines, whiskies and gins, but keeps a full range of rakijas in an effort to increase appreciation of this characteristic local drink. The nearby Soul Caffe prides itself on the range of rakijas and liqueurs listed on the blackboard beside the door, and offers knowledgeable advice to the increasing numbers of visitors who are eager to try them. “We try to emphasize it as a before or after dinner drink” says owner Antun. Soul Caffe’s barkeeper more or less guesses what kind of rakija people might like just by looking at them, and often tells customers what they are going to be ordering before they’ve even opened their mouths.

Rakija’s reputation as a rough drink not for the fainthearted is rapidly fading, to be replaced by a renewed appreciation of its subtleties. Newer bars are increasingly eager to demonstrate to their customers that rakija is something to be savoured and appreciated. It may never be as noble a drink as wine or whisky, but the idea that it is anauthentic part in the Croatian gastro experience is slowly taking root.

The more you develop a taste for rakija, however, the more difficult it is to keep track of how many you’ve had. New-found fans of the spirit should be warned that rakija drunkenness is the kind that hits you suddenly, by surprise, just at the point where you were beginning to believe that you were sufficiently robust to handle it. It’s the sweaty, hallucinogenic drunkenness that will have you sending incomprehensible tweets and texts at 3am in the morning before falling asleep in the bathtub of the wrong room, in the wrong hotel. A sore head and a burning mouth is all you’re going to be getting for breakfast.If, on the other hand, you want to take your rakija like a true Croat, maybe you should start cleaning windows. 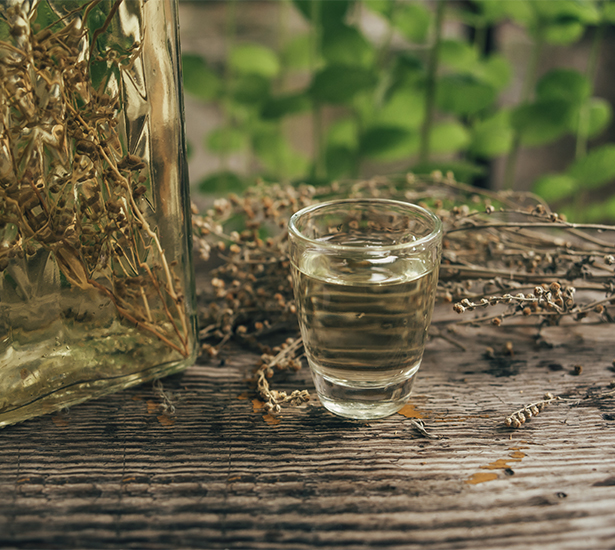