We love the warmer weather, and we have never made any secret of our love of a pint or two. What better summer experience than to combine the two? Beer garden season is right around the corner, and travellers worldwide will be looking for new spots to sit in the sun and imbibe a glass or three. Beer gardens are everywhere, but we think these ones deserve a little extra attention.

The rulers of yore no doubt enjoyed a sizeable amount of grog in the splendour of their fortifications, so it is little surprise that Zurich‚Äôs old stronghold is a popular summer drinking spot. The beer selection isn‚Äôt exactly revolutionary, but the view is the real pull. Get a bratwurst for the full experience. 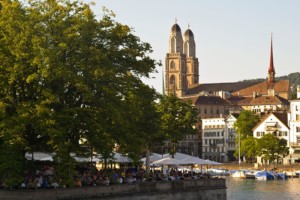 From the people of Garden Festival comes Garden Brewery, a pub paradise in the wilds of ≈Ωitnjak. Submarine Burger provides the food, and the bar holds frequent events throughout the summer. ≈Ωitnjak is a must-visit in the Croatian capital, so why not stop for a beer or two while you are there? 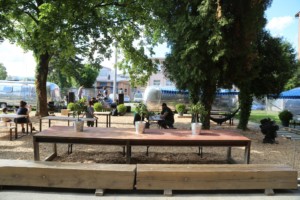 The much-maligned Forum Hotel wasn‚Äôt one of Krakow‚Äôs most popular Soviet relics, but it is amazing what the addition of beach chairs, bean bags, retro sofas and a bit of neon light does to a place. Now a huge riverside bar, this is one of the most popular spots in Krakow today. Just don‚Äôt call it a revolution. 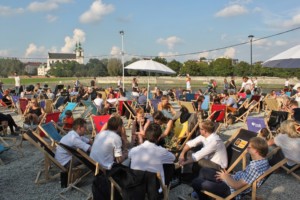 A huge Stalin statue once stood at the edge of Prague‚Äôs most popular park, but the moustachioed Soviet strongman has long been replaced by a metronome and masses of summer beer drinkers. The Czech capital is full of idyllic places to sip the day away, and the echoes of history make Letna the best of the bunch. 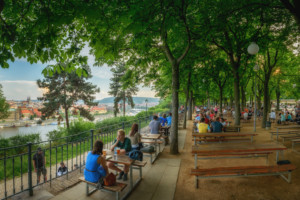 Located in iconic Soweto, the Ubuntu Kraal Kasi Beer Garden offers heaps of unique beers along with the classics, not to mention a selection of food that is self-described as ‚Äògourmet township grill‚Äô, a fine description if ever we did hear one. It also happens to offer a cash prize for anyone who can finish 1kg of boerewors and a pitcher of Soweto Gold in less than half an hour. Best of luck! 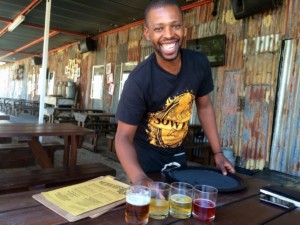 If you happen to be a connoisseur of the fine arts, a modern day fashionista or simply a curious visitor looking for a glass of beer on the grounds of a gorgeous 19th century palace, Eden is the place for you. It gets a little over the top as the night wears on, but with the sun shining it is difficult to beat. One of the finest options in Bucharest, that’s for sure.¬Ý 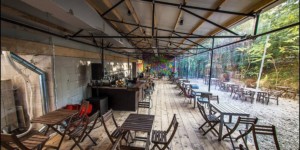 There‚Äôs something to be said about tenure, and PraterGarten has been pumping out beers in the sun since 1837, making it Berlin‚Äôs oldest beer garden. There are some 600 seats here, but you‚Äôd be surprised how difficult it can be to find one to sit on. If you do manage to get a seat, be sure to stick around for a long while. It‚Äôs difficult to beat a beer under a chestnut tree after all. 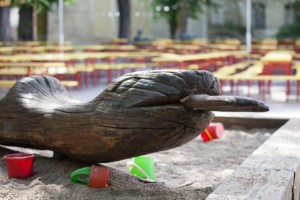 Not every beer garden is placed in plain view, and one of the finest in Wroc≈Çaw is very deserving of the adjective ‚Äòhidden‚Äô. Mleczarnia is situated by the White Stork Synagogue, and it retains a certain intangible cool that more mainstream spots undoubtedly lack. The right mix of academics and more down to earth folk makes for one of the finest atmospheres in the city to boot. 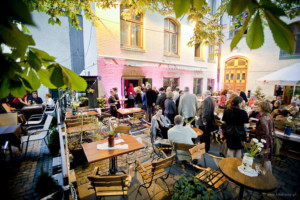 ‚ÄòDoes exactly what it says on the tin‚Äô is a famous saying, and it shouldn‚Äôt surprise anyone to know that a spot called ‚ÄòBeer Garden‚Äô in one of Europe‚Äôs great party cities is going to be a good time. From the brains behind the famous Belgrade Beer Fest, this has quickly become a summer institution in the Serbian capital. 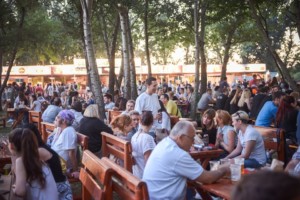 Hidden away behind the listed facade of the old National Bank is a cooler than cool (depending on your definition of ‚Äòcool‚Äô, of course) lies a purposely unfinished drinking hole, but hidden within that secret is one of the finest beer gardens in the entire city.