2018 sees a host of European nations celebrate a variety of centenaries, with festivities ranging from major parties to muted toasts and everything in between. Over the next few months, we’ll be putting together a number of centenary itineraries for various nations under our umbrella, and we’ve already covered Estonia, Latvia and Lithuania in the Baltic, along with Croatia and Slovenia further south.

Czechoslovakia came into existence once the carnage of World War I ended. The state was comprised of the modern independent nations of Czechia and Slovakia, two republics with plenty of similarities but a whole lot of differences too. Is 10 days enough? Of course not, but let’s give it a go.

Where better to start than the High Tatras? The mountain rage along the border with Poland is best experienced early in the morning, when the air is freshest and the mountain is quietest. The highest peaks of the High Tatras are all in Slovakia, and Kriváň is considered by many to be the symbol of the nation. 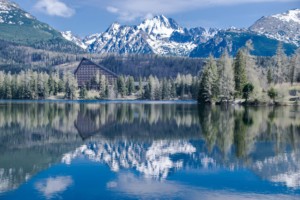 A gorgeous town in the southeast of the High Tatras region, Spišská Nová Ves is surrounded by delightful attractions and spots of interest. The town itself is worth some attention, and its main square may well be the best in the country. The Slovak Paradise national park is nearby, and the name surely sells itself.

Rent a car and explore the Slovak Paradise

Head to the Slovak capital on day three, stopping off in the splendid town of Banská Štiavnica (located in the remains of a collapsed volcano) on the way. Bratislava gets mixed press across the board, but the town should not be underestimated. Check out the castle and the old Jewish quarter, before settling down into Bratislava’s laid back atmosphere. The capital is home to the best food in the country, so be sure to get your fill. 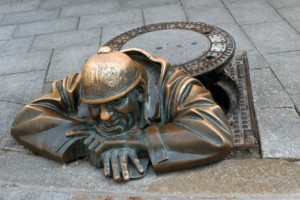 North we go, to Slovakia’s fourth biggest city and its nearby mountain range. Žilina ticks all of the usual Slovak boxes, with a historic centre, tranquil churches and a castle all sticking their heads above the precipice. Mala Fatra is in the area, and offers great hiking trails and stunning vistas. Give Čičmany a look too, the first folk architecture reserve on the planet.

Rent a car and explore Žilina

Time to head into what some call the Czech Republic, others call Czechia, some even still refer to it as Czechoslovakia. Whatever it is, Olomouc is one of the most impressive towns within it. The town square is a home run, and the student energy creates one of the most exciting nightlife scenes in the country. 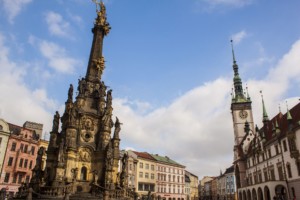 Sticking in Moravia, Brno is Czechia’s second biggest city and the centre of Moravian culture. It is often overlooked in favour of Prague and the rest, but don’t sleep on the town the Germans call Brünn. The Villa Tugendhat is a must, an architectural masterpiece that is now a UNESCO World Heritage Site.

Tours and more in Brno, Czechia

Česky Krumlov is usually visited as a day trip rom Prague, but why would you want to rush yourself in this South Bohemian marvel? The Vltava cuts the city in two and a 13th century castle grabs the eye, although you are advised to climb the belltower and take in one of the most impressive views in all of Europe. 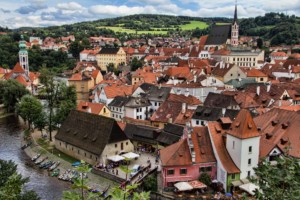 Beer, beer, beer. It is surprising (read: shocking) that we managed to write more than 500 words about tourism in this area without mentioning the stuff, but here we go. The golden liquid was first brewed in Plzen, Czechia’s fourth biggest town. The Pilsner Urquell brewery museum is an absolute must for thirsty readers.

Things to see and do in Plzen, Czechia

Simply put, Prague is one of Europe’s most iconic cities. One of the five most visited towns on the continent, the Czech capital is a place that almost everyone wants to go, a place that everyone eventually does go and then loves to say that they’ve been. It’s triumvirate of Prague Castle, Charles Bridge and Old Town Square get most of the love, and rightly so. Beautiful.

The entire city centre is a tourist attraction in itself, and many of the surrounding districts offer something worth checking out, whether it is the unique TV Tower in Žižkov (now without weird babies), a Bohemians 1905 game in Vršovice or the pseudo-communism of Dejvice.

The region’s best pubs are also found here, so be sure to drink at least too many beers as your trip comes to an end. 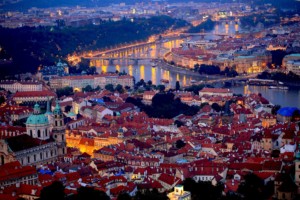