Crna kraljica (The Black Queen)
There are several legends that pass between the generations in Croatia about the Black Queen, but no-one quite knows what the truth is about this mysterious figure. We know that Barbara of Celje was born in 1392 to nobleman Hermann II of Celje. At a young age she was betrothed to the much older King Sigismund of Luxembourg. It seems she was an intelligent and hypnotically beautiful woman who found herself ruling Croatia in her husband’s absence. And here’s where the stories diverge. Was she a merciless ruler, governing with a rod of iron and little pity in her heart? Or was she deeply misunderstood, unpopular simply for being a politically astute woman? On the one hand she is said to have refused water from her plenteous well to her fellow citizens during a drought. On the other she is said to have summoned unearthly forces to create the Plitvice Lakes and bring water to her people. Where does the truth lie? The debate goes on. 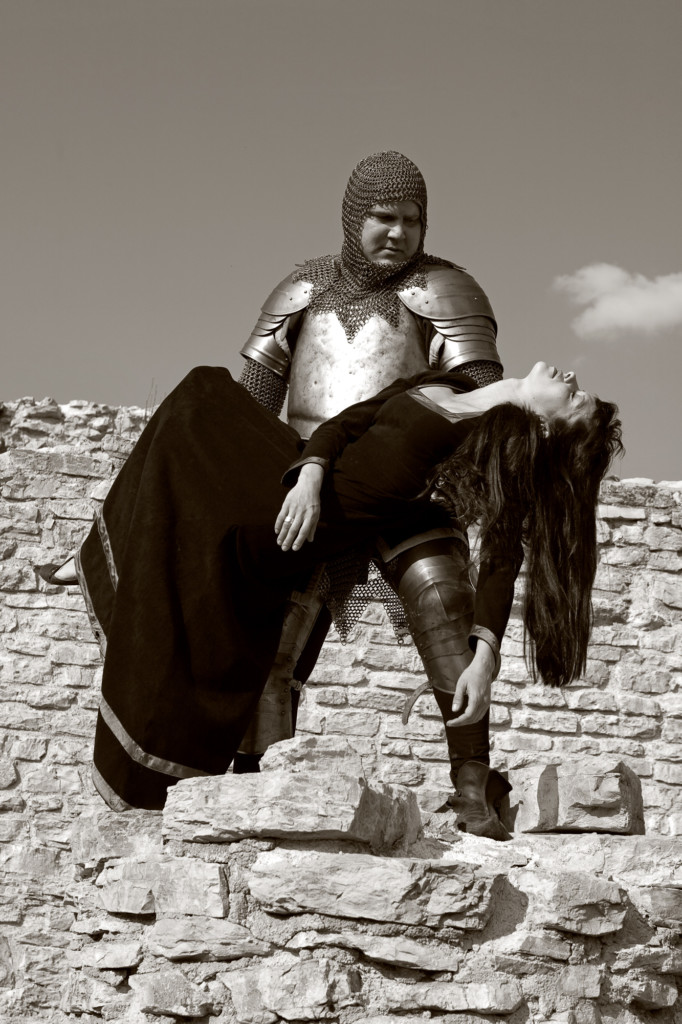 Grička vještica (The Witch from Grič)
Marija Jurić Zagorka (1873-1957) is one of the best-loved Croatian authors as well as one of the first Croatian female journalists. Her tales of old Zagreb are based on historical fact embellished into rich and intriguing tales. Her most popular work is a cycle of seven novels named “The Witch from Grič”.
Sadly, none of Zagorka’s novels have been translated into English, but luckily for you, dear readers, we’re here to tell you the tale of Zagreb’s most famous witch.
The character was based on a real woman baker in Zagreb, the widow Barica Cindek. She was so appealing as a woman and so successful as a merchant that she attracted the envy of her neighbours and the venom of the men who failed to conquer her.
The hordes of men were always milling around her stall on St Mark’s Square. This put poor Barica in court, accused of keeping a devil in her pocket to entice the helpless males. In those days it didn’t take much to be accused of witchcraft, and it was the jealousy of a spurned notary public that almost put a tragic end to Barica’s tale.He and other rejected suitors blackmailed other “witches” to point the finger at Barica in return for their freedom. So Barica found herself imprisoned. However, at that time educated folk were starting to protest against witch-hunts, and Barica was spared being burnt at the stake (this time with the help of the notary who had been paid off by Barica’s lawyer).
Zagorka researched real court archives for her story: there were great numbers of women – and men – who were proclaimed in league with the devil by a hysterical and envious society. Although Zagorka herself was born more than a century after the last “witch” was burned at the stake, as the first woman journalist in Croatia she likely felt the same condemnation from society, which is probably why she spoke strongly against discrimination. A true role model, Zagorka is still delighting and inspiring readers today.
So, as you walk the quaint streets of Zagreb’s upper town, if you catch the eye of a pretty and successful woman remember the tale of Barica!

Kameni svatovi (Stone Wedding)
Kameni svatovi is the name of a picturesque collection of rock pillars on the western slopes of Mount Medvednica, at about 400m above the level of the road over the village of Jablanovec. The name means “Stone Wedding”, and in a moment you’ll find out exactly why. This is a popular destination for hikers, both due to the attractiveness of the rocks themselves and to the fabulous views over the Zagorje region, the Samoborsko gorje uplands, the Žumberak hills, and, on clear days, all the way to the Kamnik Alps and Mount Triglav (2864m) in Slovenia.According to legend, the pillars represent the wedding of a young miller and his love, a poor girl named Janja, turned to stone. The miller’s family was wealthy and his mother was set on a rich wife for her son, a suitable match for such a family. But as often happens when the heart prevails, he had fallen in love with Janja, the daughter of a penniless blind man.
The miller’s mother was beside herself, but her husband stood by his son as he himself had started out without a penny to his name. He ordered his wife to cease her protests. On the day of the wedding the mother was not among the wedding guests since she was at home cooking and preparing for their arrival. However, in a moment of rage she swore that lightning would strike and turn the wedding party to stone before she let Janja into her home. And that is exactly what happened. The wedding turned to stone still stands today.
This attractive place is the perfect end to a fine but not over-demanding walk. If you are already on mount Medvednica, you can approach from Ponikve, a field on the southwest slopes of the mountain above the beginning of the D1 main road from Zagreb to Zabok. Or, you can come from the eastern suburbs of Gornji Stenjevec or Podsused, or from Jablanovec village itself.

Krvavi most (Bloody Bridge)
In the old days, Zagreb was made up of two settlements, Gradec and Kaptol, set on neighbouring hills with the Medveščak stream dividing them. The inhabitants of the two towns would often get into quarrels and fights, and one of the places where such altercations would take place (often ending up in bloody noses) was the bridge over the Medveščak. Thus the bridge earned its name: Krvavi most (“Bloody Bridge”). The stream was diverted underground and its course paved over when a sewerage system was built, and the bridge, thus useless, was knocked down. But the small and quiet street connecting Radićeva ulica and Tkalčićeva still bears its scary-sounding name.